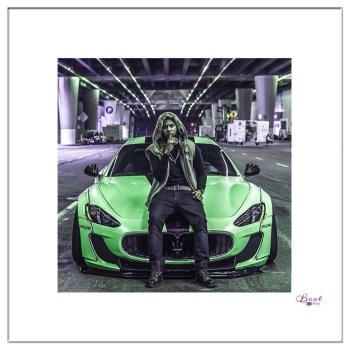 Boot Blogs: For those that may not know let the people know where you’re from!

SMC: I was born in Kansas City, KS.  Raised in Minneapolis, MN and as of the last 10 years I’ve resided in Los Angeles, CA.

SMC: Being in a rap group originally, I was the one financing all of our expenses so they started calling me See More Cash.  Years after I decided once I started working with corporations that my name should be a lot more marketable.  SMC just seemed so easy for everyone to grasp.

Boot Blogs: How did you began modeling, and how long did it last?

SMC: My friends had a casting call for a Nike commercial and photo shoot. Having no agent I decided to crash the audition and ended up getting a contract with Nike.  I would go on to work with nike for the next 18 months.  In total I would say I modeled for 3 years.

Boot Blogs: What was it like modeling in LA?

SMC: Modeling in LA was like modeling anywhere else except I had a lot more opportunities and people welling to cast me.  Never really had a passion for modeling just paid well for easy work.

Boot Blogs: How did the passion for music present itself?

SMC: I’ve been passionate about music since I could remember and secretly always wanted to pursue a career in it.  Basketball grew my passion for music because it was the soundtrack to my life at one point.  At 18 kicked out of the house and in the streets again I decided to take music seriously.  Writing music daily and performing locally gave me the confidence to move LA and take things to the next level.

Boot Blogs: What was that experience like working with Grammy Award Winning producers?

SMC: My experience working with Rahki Smith was very much a humbling and learning experience.  Him being from Minnesota and having worked with so many big artist gave me a lot of hope. He was always there to answer questions and critique my growth as an artist.  Plus it was a gateway for me to get to other well known producers such as Black Metaphor who gained his notoriety from working with Rick Ross.  So all in all I just played a student of the game and was all ears most of the time.

Boot Blogs: What was it like being the supporting act for 2Chainz and Big Sean?

SMC: Opening up for these type of artist showed me how big I should be dreaming.  Selling out every show isn’t an easy task. So to know that every night was a chance to tap into their fan base gave me all the motivation to work harder.  Being able to see how they do things on a major scale was everything to me. Most independent artist don’t get a chance to see how things work on the business side with major label artist.  That alone was worth every dollar and minute spent.

Boot Blogs: Did you get a chance to talk to 2Chainz or Big Sean and if so did they give any advice?

SMC: Didn’t get a chance to speak with Big Sean at all.  2 Chains told me that he liked my rap name and the way I carried myself as an artist.  He also let me know that he was the one that chose me to open up for him in several other states. That was all the motivation I needed.

Boot Blogs: What advice would you give an upcoming act who may be experiencing the business and what are the pros and cons in the business to SMC?

SMC: Politics.  Make sure you know who’s who in the game and what power they posses.  It could be life changing to have that insight.  Always have a standard on how you conduct your business as an artist.  The industry would love to tell you that as an artist your not qualified to do major business on your own.  Study the game and the ones that came before you so that you understand not only their successes but failures as well.  Be relentless and never take no as an answer.  The biggest thing of all though is know your worth as a person and artist.

Boot Blogs: What should fans look forward to and what’s in the near future for SMC as far as projects, singles, ep/mixtape?

SMC: My fans should look forward to my album “Reflections Of De’Angelo” dropping after the new year.  Multiple singles and videos to follow shortly after.  Putting together a promo tour and press run as well to continue building my fan base.